Barisal (Barishal) in the coastal area of Bengal – now in Bangladesh – is located in the world’s largest Ganga-Brahmaputra delta that has been known for millennia as the place to be traveled only by boat, much less by air. It is a place which is flood prone during monsoon months inundating much of the land mass. Even a few years back road travel wasn’t easy as there were numerous river ferries until construction of many bridges over these rivers was completed. I still remember my parents telling me stories as to how my two older brothers went to school by dinghy during monsoon months while walking during dry months. That has been true for the southern districts of Bengal – Bangladesh and Paschim Bangla (West Bengal) State of India for eternity. A 2018 trip to Venice, Italy reminded me of my older brothers again and again as kids there were taking ferries to go to school.


Not far from the airport my ancestors lived for about 500 years ago establishing a village on the land that rose from the riverbed, relocating from Gava where written goes back another half-a-millennia, a few kilometers away but took more than half-a-day by boat in the old days. I guess that is when my ancestors established the village who were honored by calling one “Dastidar” by non-native, non-Bengali-speaking Muslim rulers of Bengal who then depended on Hindus for their day-to-day work, administration and for technical support.


Going to Barisal by air was unthinkable until I vaguely remember my older brother, A. G. Dastidar, a noted Soil Mechanics and Foundation Engineer with offices in Calcutta (Kolkata) and elsewhere in India, was invited by one Mr. Islam who had a huge construction company in Bangladesh for feasibility work for many infrastructure and building construction projects in late 1980s through late 1990s, including an airport in Barisal. Our family is one of the indigenous families of Barisal with a written history for almost a millennium. (I guess writing something down was not a big thing before that.) So I thought my ancestors must be very happy as well as perplexed by my travel plan, that was worked by our nephew in Dhaka and a Hindu monk from the neighboring Madaripur district, where my maternal grandparents’ ancestral home is. I was joined by my oldest sister Didi and her close friend NamitaDi. And this was by US-Bangla Airlines that was started by someone I knew from New York City! The flight from Dhaka to Barisal was uneventful except for my oldest sister Didi and me. For no reason we were given a special ride in the airlines' special car from the terminal to the aircraft. At the flight selfie was a must! On this flight there were many important individuals, including the newly elected Member of Parliament of Bangladesh from Barisal, thus there were many slogans of Joi Bangla (Victory to Bangladesh) and Swagatam (Welcome) to the M.P. at the Barisal terminal building. All the travelers were happy to be welcomed. As we walked from the aircraft to the small terminal building, the atmosphere was quite relaxed as the local security didn’t mind deplaning passengers taking pictures of the airport building from the tarmac before entering the structure. (In many countries one is not allowed to do that.) It didn’t take long for Mr. Alam, the cab driver, and monk Jiban Maharaj to spot our party of 3 persons, with two women. “Welcome to Barisal,” said both the waiting hosts. Taxis, especially three-wheeler “auto taxis” were available in plenty. After our picture taking, we all left for our journey that will take us to Sugandha Kali Pith Temple – one of 51 pithas of the Black Mother Goddess Kali, followed by a stop at Mahilara to look at the Nihar Kana Building that we had built in memory of my mother and mother-in-law, finally to the monk’s Pranab Ashram where many Probini-supporters built a boys’ hostel (dorm). As soon as we left the airport parking lot we were deep in the midst of rural Bengal – green, soothing, calming and enchanting.


May we wish the Airport a great prosperity! 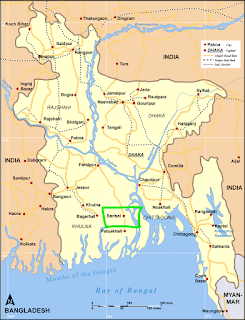 Location of Barisal District in the Costal South 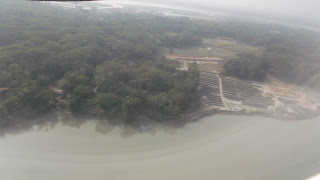 View on a Foggy Day 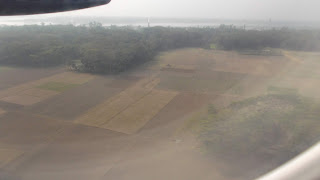 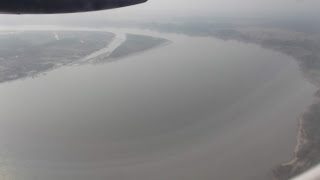 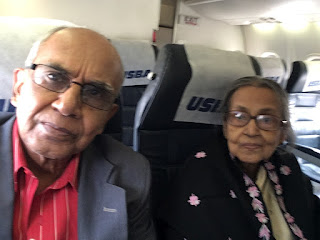 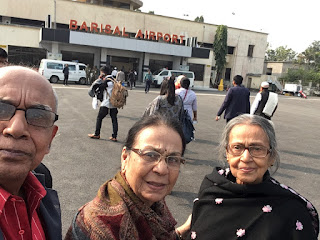 Selfie from the Tarmac 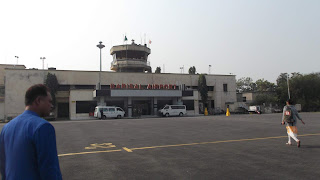 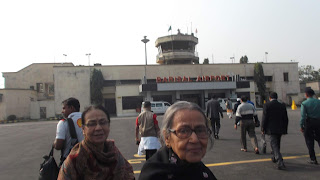 Before Reaching the Terminal 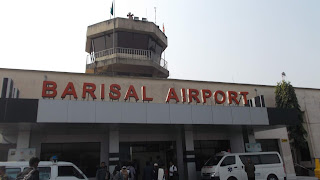 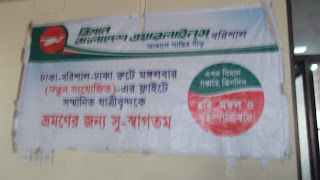 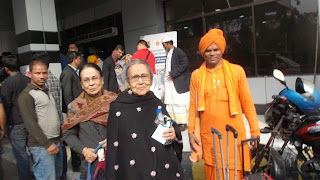 Welcome by Monk Jiban Maharaj to Didi and NamitaDi 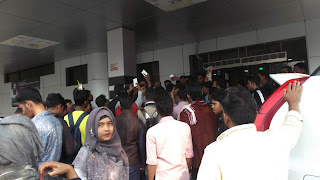 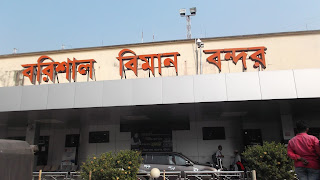 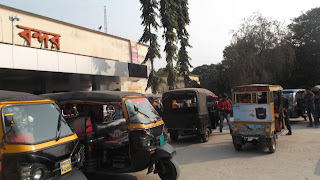 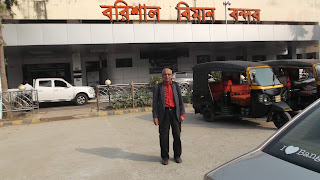 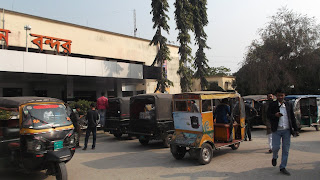 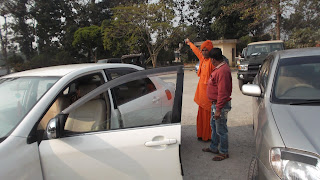 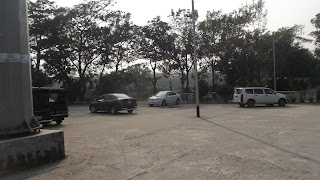 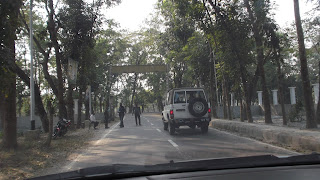 Bangladesh Countryside outside the Airport
Posted by Empire's Last Casualty at 3:08 PM