The list was recently send via Twitter account of NilSunil, as then of Tathagata Roy. English Translation of names and places were done by Indian Subcontinent Partition Documentation Project, New York.

English translation of names may differ from the original or as was popularly known. We are sorry if this causes any confusion.
Partition Center pays homage to all those young individuals who gave their lives against the brutality of the British. 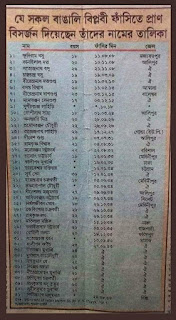 Source: Who’s Who of Indian Martyrs, P.N. Chopra, Editor, Volume I; as quoted by NilSunil

(*) Not available
Thanks to P N Chopra, NilSuni and Roy
﻿
Posted by Empire's Last Casualty at 7:57 AM No comments:


Soon after the Probini-ISPaD Meeting in Dhaka, Bangladesh in January of 2019, the delegates from India and the U.S. headed for Probini-supported schools in southern coastal Bangladesh. On their way they stopped at a 15th Century Bishnu (Vishnu) Bari Mandir temple in Barisal district. 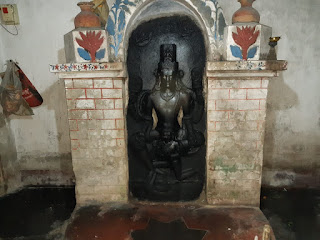 The granite-built statue of the deity is in good condition, yet the tin shed was leaking and windows and doors, and parts of the structure was in bad shape. During earlier 1950s pogrom the original temple structure was damaged but the murti (statue of deity) survived. (Adjacent to the temple the 17th Century Black Mother Kali Madir temple was demolished during that pogrom.) 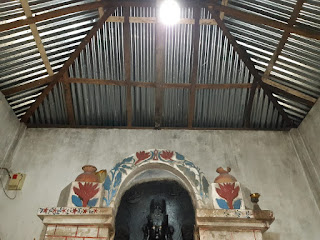 Seeing the visitors locals of the village came rushing asking for help for repair as they are extremely poor. They also mentioned that recently a gang tried to torch the building. Visitors told them it is beyond Probini’s scope, although very worthy. 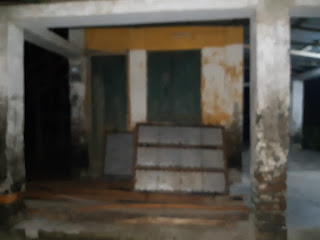 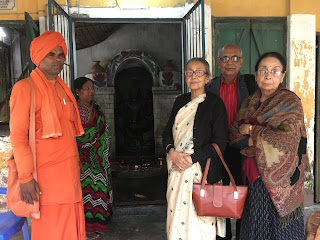 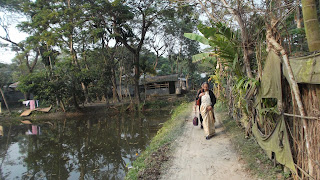 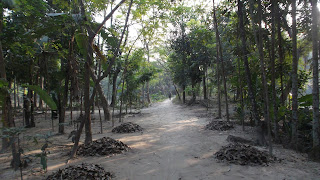 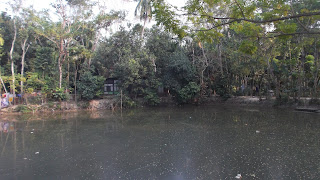 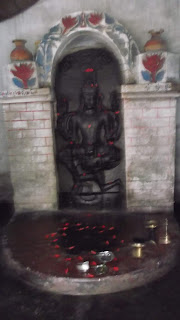 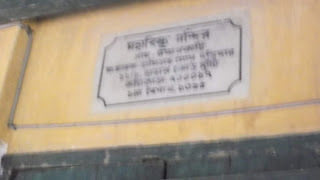 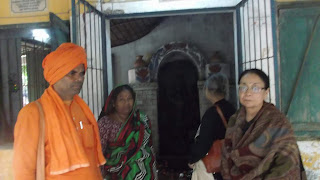 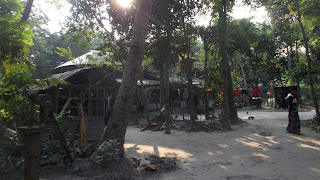 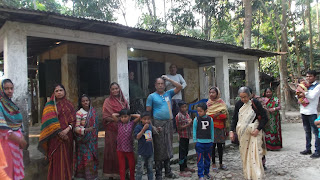 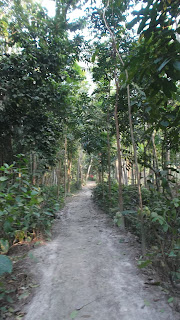 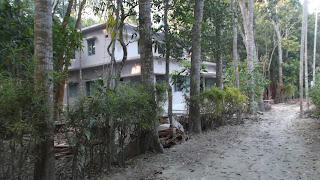 A New Building by the Muslim Family at Ghosh Dastidar Homestead
who Welcomed the travelers as "Come to your home of ancestors!" 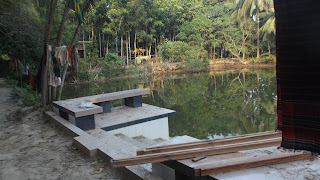 A New Ghat (steps to the water) to the Pond

Ancestral Home of a Branch of Ghosh Dastidar Family @ 1500s 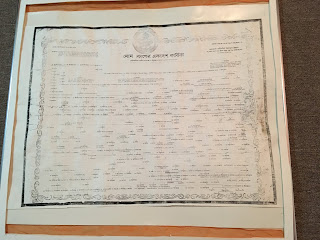 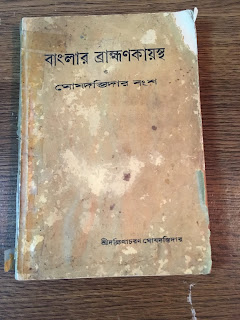 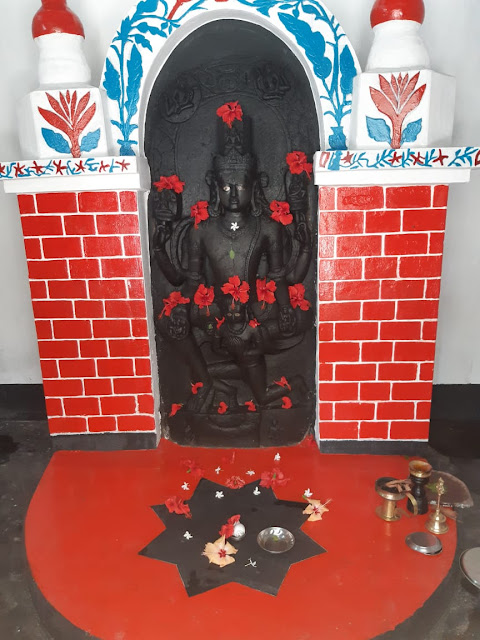 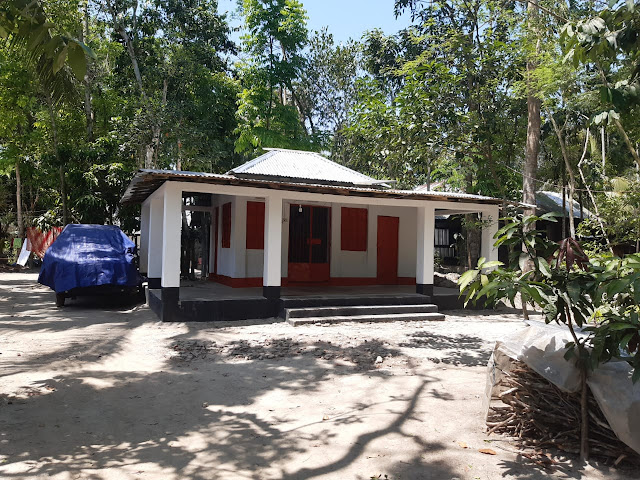 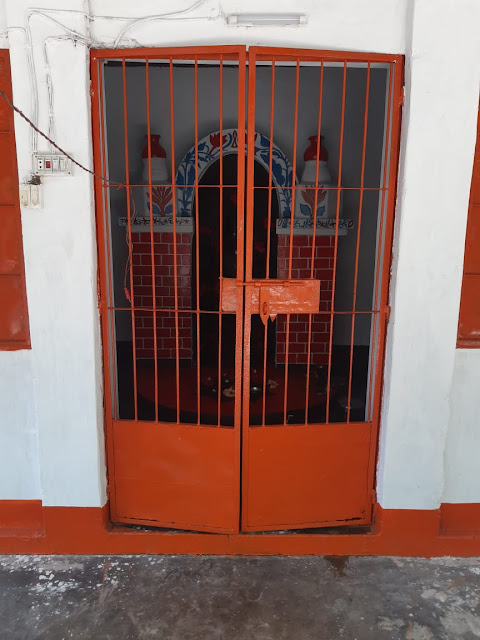 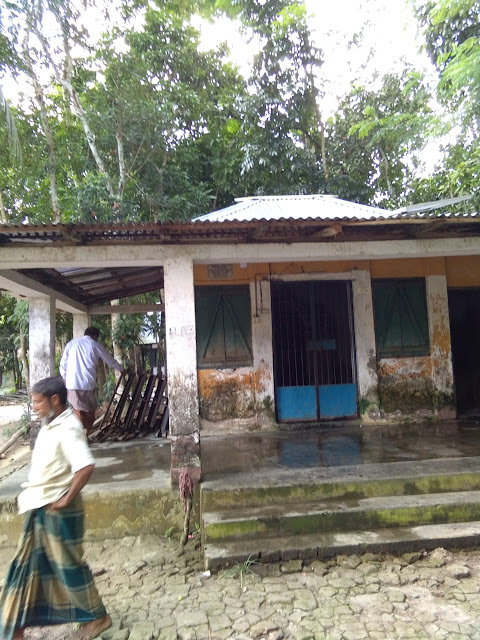 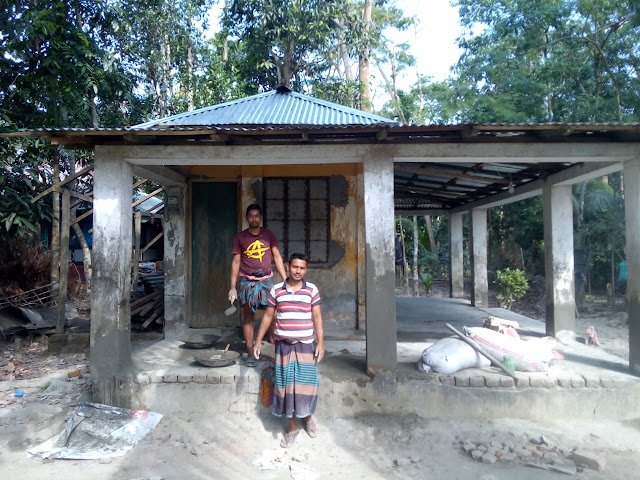 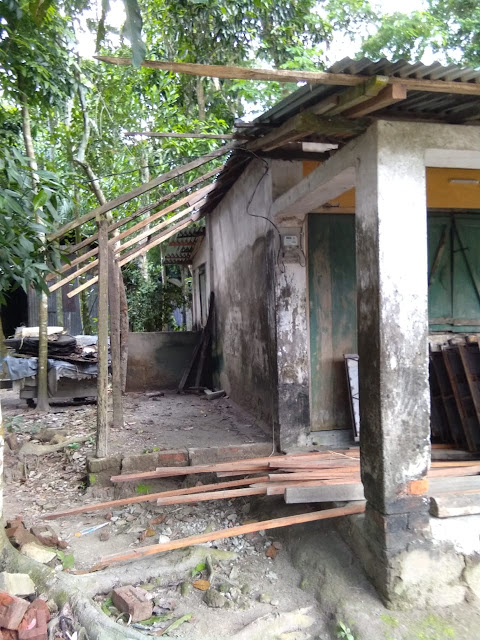 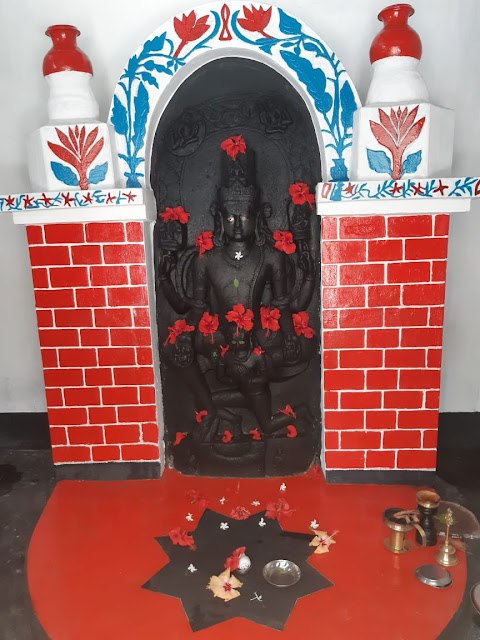