Way back in Kolkata, India Anjali, daughter of an East Pakistan, now Bangladesh, refugee family from Barisal and a son of a Bengali of Bihar State of India, Shyamal, both school teachers met during their teacher training course in West Bengal State of India. I called Shyamal as ShyamalDa, or Older Brother Shyamal. Accidentally, fathers of two families were physicians. Anjali, was my sister-in-law, whom I called Chhordi or Younger of Older Sisters, was close to an orphan who was raised by her elder sister Dipali whom we called Didi or Older Sister, as they lost their mother in post-1947 partition period when the family fled to India in early 1950s. The father found a job in a remote corner of Medinipur District which took more than half-a-day to travel from their home in Medinipur City, the district headquarters. Didi, then a teenager, became the mother of the refugee family raising her younger siblings and remaining a bachelorette all her life. In traditional family settings other uncles and aunts would have helped the family without a mother, but in the post-partition era people fled to different parts of India weakening the family ties. Still, as Didi, Chhordi, the older brother Dada (Hironmoy), and their youngest sister Shefali headed to college, each were taken in by different uncle, aunt or granduncle when needed, as well as ChhorDa or Younger of the Older Brothers. It was also Didi who told her younger sister Anjali to go for education degree instead of another job offer. Two young souls, Anjali Sengupta and Shyamal Mukherji, soon fell in love, and rest is history, as we say. Soon ShyamalDa found a teaching at Shyamsundar High School in rural area of Bardhaman District, a few miles from Raina, in south-central area of West Bengal state in India. Raina has an evergreen landscape. Once ShyamalDa took me to meet with the Shyamsundar High School students and its headmaster. Students were really smart, and headmaster was a true philosopher. Chhordi found a teaching job in the nearby girl’s’ high school. Both of them taught there until retirement. One wonderful aspect of rural India is the traditional respect for teachers. Thus, when I walked the street with them almost every stranger offered us “namaskar” or greetings with folded hands, and in the bazar or shops almost everyone wanted to offer us a cup of hot tea. This wonderful life came to an end on Monday, April 19, 2021 when SyamalDa passed away at Bankura City at his son Babu, a college professor, daughter-in-law Tanushri, and granddaughter Titas’ home after a non-Covid medical treatment in Bardhaman City. Bankura and Bardhaman are neighboring districts of West Bengal state. ShyamalDa was recuperating after his release from a Bardhaman hospital. ShyamalDa was in his early 90s. Chhordi (Anjali) passed away after her retirement while visiting ShyamalDa’s brother in his hometown of Muzaffarpur in northwest Bihar state. We believe Chhordi’s death was the result of wrongful treatment. Their daughter Ruma, her husband and two daughters live in Jamshedpur City of neighboring Jharkhand State. ShyamalDa’s last rites were done at Raina by his daughter and son, and grand-kids. His sraddha or offering of respect will be done in Raina as well.

First I met them during our marriage, and came to know them better when I visited them at Raina a few years later after our marriage. Both ShyamalDa and Chhordi would visit us in Kolkata during our short stay. They visited my mother in Kolkata during our absence. The entire Sengupta family fell in love with my mother as Ma, and their mom lost due to partition of India had same name, Nihar-Kana, and came from the same area of East Pakistan/Bangladesh. Senguptas found their mother again! Our American and Bangladeshi friends and our family have built a Nihar Kana Building in Mahilara, Barisal district, Bangladesh in their memory.

Since our marriage in 1970s both the school teachers stayed at a rented mud hut home with thatched roof with electricity, which was a great experience for me. For an urbanite walking in rural India was something very special. In the 1990s they built a brick-and-concrete home with all modern amenities. Again, as teachers they became a substitute parent of a poor young student Lobee. They bought him a used car long before they had a car for themselves. It was for Lobee to go into rural self-supporting taxi service. During our visits Lobee came to Bardhaman Station to pick us up. Bandhaman is about two-hour train ride from Kolkata’s Howrah station. And from Bardhaman station it was another 30-minute car ride through green or yellow paddy fields.

It is huge loss for the entire extended family, my wife Shefali and our family. Mother is now taking care of ShyamalDa and Chhordi Anjali! May God bless their souls. Om Shanti! Om Peace!

Here are few pictures of the family: 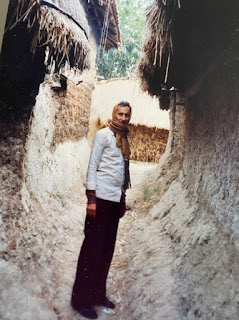 ShyamalDa at His Rented Hut Residence at Raina 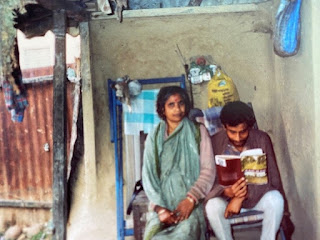 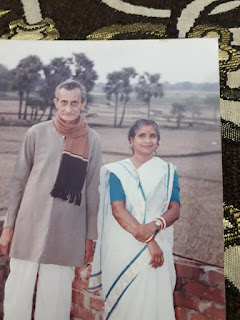 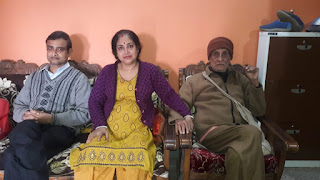 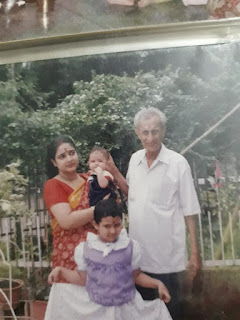 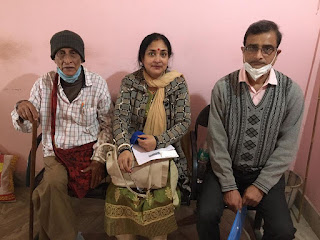 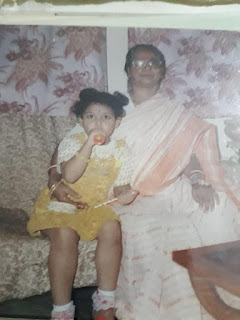 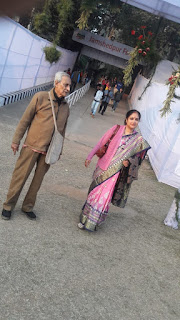 At a Recent visit to Jamshedpur, Jharkhand State 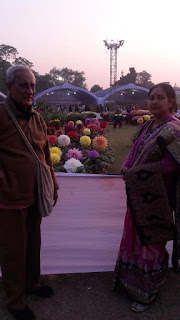 During a Recent Outdoor Festivity 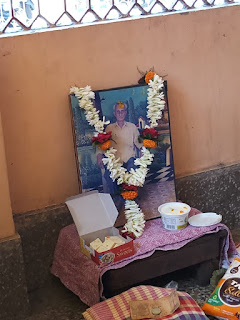 A Picture at Sraddha Memorial Service at Raina 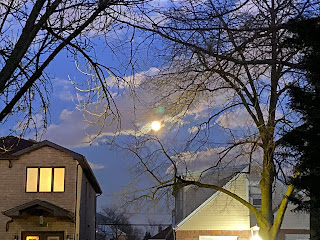 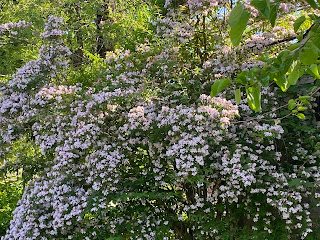 Posted by Empire's Last Casualty at 1:11 PM No comments:

Swami Vivekananda, 1863-1902, a Hindu monk of India was born as Narendrannath Datta, is well known as a philosopher and pro-independence activist, as well as his visit to the Parliament of Religions in 1893 in Chicago. This event was a part of Chicago’s World Fair. In that year no Hindu was invited to Parliament of Religions. Brahmo Samaj, a new form of monotheistic Hinduism that began in early 1800s by Raja Ram Mohon Roy of Kolkata, Bengal, India, was invited. Swamiji was not on official agenda for presentation, so he couldn’t speak. However, at the request of Brahmo Samaj representative Protapchandra Mozoomdar Swamji was given a minute or two to address which caused a real sensation among delegates and was asked to speak for more time.

Swamiji traveled to many other places before and after that event, which included New York City, and barely known visit to Upstate New York’s beautiful Thousand Island area on St. Lawrence River connecting United States and Canada. Even in 1800s beauty of the land attracted many important personalities, including philosophers, thinkers, writers and industrialists as their summer retreat. Swamiji was invited to visit the place and discuss Hindu philosophy. Thousand Island is now a park as well as hundreds of island-based homes. Transportation to the islands is generally by private by boat.

During a visit to our friend Ms. Florence Patterson, an African-American, of nearby Brasher Falls we decided to visit Swamiji’s former retreat. We also took a tour of hundreds of islands by a tour boat.

Now Swamiji’s former retreat is owned and managed by Ramakrishna Mission and Vedanta Society of New York City, but open all during summer.

Here are few pictures of our trip. 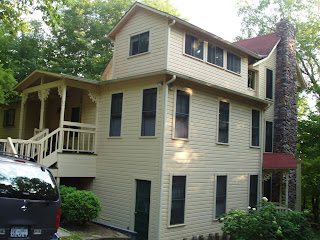 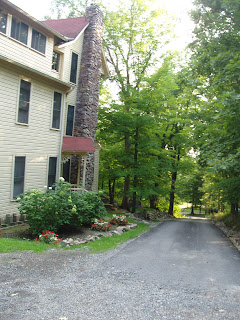