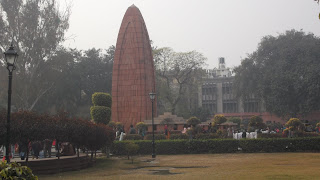 Recently to pay homage to the massacred Indian martyrs of India’s freedom struggle I visited Jallianwala Bagh memorial garden in the heart of the City of Amritsar in northern Punjab State of India. (Our first visit was in 2008 when we arrived in Amritsar crossing the desolate India-Pakistan Wagha border after attending the 150th Anniversary of the First War of Independence Conference at Peshawar University of the Northwest Frontier Province of Pakistan.) The massacre was committed by the repressive Colonial British Army led by a British officer. Most Indian history books today in new, post-colonial independent India rarely discusses British atrocities – from the massacres of 1857-1958 First War of Independence also called Shepoy Mutiny by the colonial rulers to massacres of freedom fighters throughout 1900s to 1943 killings of millions in the British-made Bengal Famine to 1946 Noakhali Pogrom Killing to 1947 British Partition of India and subsequent mass killings. However, the Jallianwala mass killing was brought to limelight by the British Director Attenborough in his 1982 Oscar-winning movie Gandhi (https://www.youtube.com/watch?v=2LaoamJ3vbs). The Jallianwala Bagh massacre caused soul searching among Indians, but not in the repressive British colonial circle. Killer of hundreds of unarmed Indian men, women and children, the British army general, didn’t get any prison time. Murdered victims numbering over a thousand didn’t get any compensation from the colonial rulers! That year the first non-European Nobel laureate, Rabindranath Tagore, returned his knighthood to the British Monarch King George V in protest against the massacre.
Today the park is saved as one of India’s national monuments receiving tens of thousands of visitors. My first visit had a somber atmosphere, while during the latest trip visitors to the park were in joyous mood for celebration as if the martyrs have been reborn in their pious land.

Today, April 13, 2019 is the 100th Anniversary. Today we remember those martyrs once again. 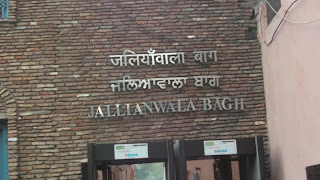 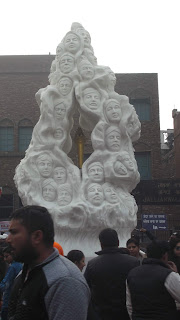 A Memorial at the Entrance 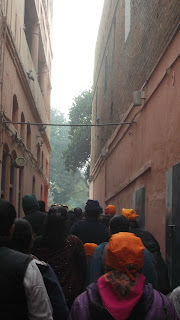 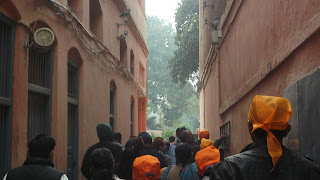 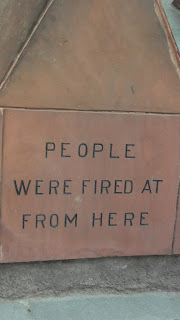 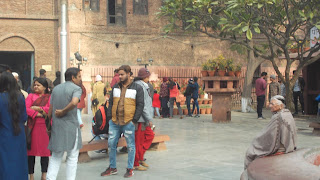 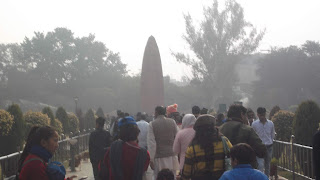 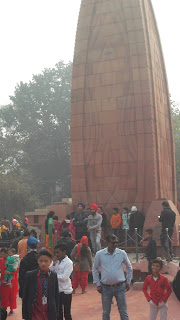 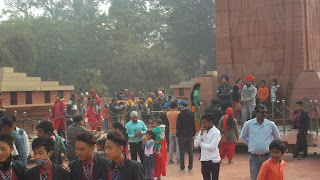 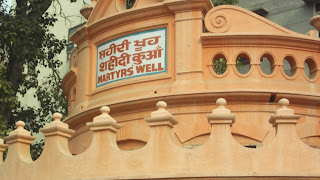 To Escape Bullets many Jumped into the Well 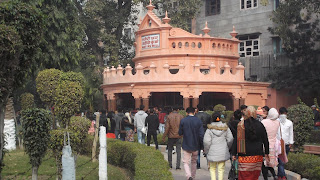 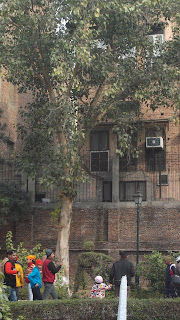 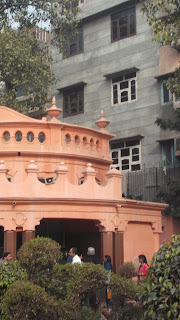 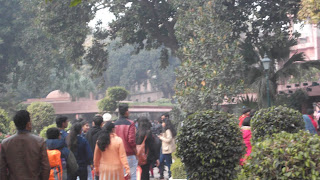 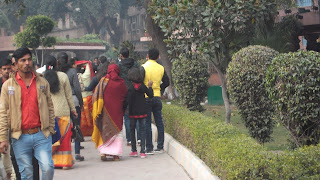 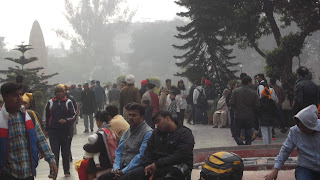 Crowd at the Martyr's Memorial

Here are two recent articles that appeared in the daily newspapers in India and Bangladesh. 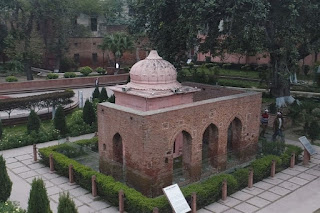 Hundreds of people were killed at Jallianwala Bagh on 13 April, 1919, the Baisakhi day. (Photo: Epic Channel)

On 13 April, 1919, Punjab was celebrating the main Sikh festival of Baisakhi. At Jallianwala Bagh in Amritsar, people had gathered for a Baisakhi mela and to stage a peaceful protest against the British rule. On hearing about the crowd, General Reginald Dyer reached the place and ordered his force to open fire on the unarmed people, scripting one of the bloodiest stories in the history of India’s struggle for Independence. With the relentless, unprovoked firing blocking their only exit from the park, hundreds of people lost their lives trapped in the enclosed area. The Jallianwala Bagh massacre went on to become a symbol of colonialism and the atrocities suffered by India during the British rule. As the incident completes 100 years this year,  Epic TV is airing a special show, ‘Jallianwala Bagh – Punjab Ka Dil’, commemorating the martyrs.
Commissioned by the Government of Punjab, the EPIC Original show is a tribute to all those people who were killed in cold blood. The first of the two-part project was aired on 6 April at 7 pm with a repeat telecast on 7 April at 10:30 am. The concluding part will be telecast on 13 April at 7 pm and repeated on 14 April at 10:30 am.
Entrusted by the Department of Information and Public Relations (DIPR) of the Punjab government, the Epic Channel says the feature on the Jallianwala Bagh massacre “examines the events leading up to the incident and analyses the far-reaching impact of its fall-out; that spurred the clarion call of Poorna Swaraj — complete independence”.
“Through interviews with renowned scholars, rare archival footage, meetings with descendants of the martyrs, along with an exploration of those who visit the hallowed ground to pay homage, the hour long narrative explores the various facets that make the Jallianwala Bagh tragedy an extremely significant event in India’s history,” the channel said in a statement.
Akul Tripathi, Head – Content and Programming, Epic Channel, added: “We are honoured and proud to be the vessel of choice, to tell the story of such an important moment in India’s history. The feature is homage to generations of martyrs and freedom fighters from the brave land of the Punjab. The Jallianwala Bagh incident and its sacrifices must not be forgotten, today and by generations to come.”
Jallianwala Bagh – Punjab Ka Dil will also be available on EPIC On, which is the channel’s video streaming service, in Hindi, English, and Punjabi.