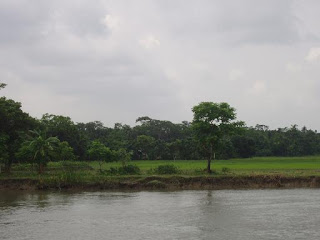 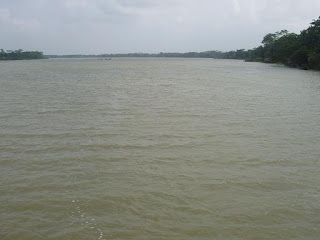 Communist Party of India-Marxist (CPM) and its junior partner Communist Party of India (CPI) came to power in West Bengal State on the backs of massive persecuted Bengali Hindu refugees who fled their ancestral home in East Pakistan/Bangladesh as anti-Hindu pogroms were unleashed in their homeland once it became a part of Islamic Pakistan. Communist parties’ main promise to the refugees was rehabilitation of refugees in the Bengali-speaking state which the Congress Party could not provide and many poor peasants were sent for rehabilitation in central Indian Dandakaranya Forest area, as well as to the Andaman and Nicobar Islands in the Bay of Bengal. Communist parties often blocked transportation as the refugees were sent for rehabilitation in those and other areas outside Bengal which made them darling of Hindu refugees. Through a brief coalition government communists came to power in West Bengal in the 1960s, while they received absolute majority in 1977 election. By then the refugee population has reached about a third of the State’s population – giving them winning margin in election – and almost all the ruling elites of all the parties in the State was in the hands of colonizing Hindu elite privileged-caste refugees – also known as bhadralok or gentleman - as well as the bureaucracy, police, education, labor movement, health, media and more. These elites left Bangladesh/East Pakistan not choosing to live with the Muslim majority and with the majority-Hindus of oppressed castes, all the while preaching Hindu Muslim bhai bhai – Hindus and Muslims are brothers together – in India, yet doing just the opposite. Most of the elite Hindu refugees took dole – small amounts of money or land – from the struggling federal government in New Delhi, though minuscule compared to rehabilitation money given to Punjabi refugees coming to north India from West Pakistan.

After the “Friend of the Refugee” Communist government came to power in 1977 some self-motivated 30,000 peasants from the Dandakaranya Forest area migrated to a delta island called MarichJhapi, cleared the land for agriculture without any subsidy from any governments and rehabilitated them to an area much closer to their own flat and humid climate as opposed to the dry climate of Dandakaranya.

Communist-Marxist Chief Minister Jyoti Basu, himself a Bangladeshi Hindu of privileged-caste who chose not to live with his Muslim and oppressed-caste Hindu neighbors in his homeland, then moved against the poor peasants of the oppressed castes to evict them from their MarichJhapi village killing men, women and children. From 1978 to 1979 State Police fired on the unarmed peasants, stopped NGO relief boats trying to reach the island, destroyed all the boats of the villagers having them no escape route in that crocodile-infested water, starved to death men, women and children, and finally confiscated their property and destroyed their homes.
State even imposed a ban on media reporting.

One of the important books on the subject is Jagadis Chandra Mandal’s Marichjhapi: Naishabder Antaraley (Marichjhapi: Beyond silence), Sujan Publications, Calcutta; 2002.
Incidentally, at the annual Calcutta Book Fair the book’s review was published in the Fair’s journal Pustakmela (Book fair) reviewed by Ms. Jhinuk Chakrabarty titled “Ghrina O Lajjar Kalo Itihash” (The dark history of hate and shame) appearing on page 16. Within a few hours of initial distribution all the copies of the journal was confiscated, and in lightening speed appeared copies of new journal. On page 16 appeared a review of Mr. Jyoti Bhusan Chaki’s book for children replacing the review of Marichjhapi book.

Here are some of the facts as appeared in the book:

Review of Mandal's book for an Indian human rights publication, 2003:

Once in a rare while a book appears as a landmark in the annals of socio-political history, Marichjhapi: Naishabder Antaraley [Marichjhanpi: beyond silence] is one such book. Marichjhapi is a name of a small island in the Sundarban mangrove swamp of the Ganga [Hooghly] delta of West Bengal. Now it is also the name of an idea: The brutal oppression of the poor hapless peoples by the ruling party of an Indian state, West Bengal. This poor group belonged to the oppressed-caste Bangladeshi Hindu refugees, mostly peasant, fishermen and agrarian working class. While the rulers were the Left Front of the Communist Party of India-Marxist [CPM], in association with several other Communist, Marxist and socialist parties. The ruling class belonged to the elite privileged caste, bhadralok, gentlemen, class, Hindu refugee from Bangladesh.

As Bengal was partitioned in 1947, eastern Bengal became a part of Islamic Pakistan. Pogroms and massacres by Islamists created tens of millions of Hindu refugees, initially mostly belonging to the educated and landed privileged caste. East Pakistan became Bangladesh after a bloody Liberation War in 1971. Communist Party of India led a successful campaign of blaming the partition of the ruling Indian National Congress Party, and in turn, organizing the refugees and catching the imagination of these disenfranchised population[1]. Bangladeshi Hindu refugees, almost a third of West Bengal’s population[2] [and almost 70% of another Bengali-speaking state of India - Tripura,] became the backbone of the Communist and left movements of Bengali-speaking India, West Bengal included. While in opposition, when the state was ruled by the Congress Party, Communist Party opposed any settlement of refugees in Dandakaranya forest area of central India or to the Andaman Islands, in favor of resettlement in West Bengal. This continued till 1975 [p 1]. In 1977 the CPM led Left Front, proclaimed as ‘the friend of the Bangladeshi Hindu refugee,’ came to power in West Bengal. In March 1978 over 100,000 refugees left Dandakaranya refugee camps for West Bengal. This time the refugees used their own resources, unlike the state help received by the elite, privileged castes, to travel and to resettle themselves. 30,000 of them reached the island of Marichjhapi. But to secure their new-found power, the privileged-caste Communists would use the state machinery - police, paramilitary, and party cadre, armed thugs, anti-social elements against the oppressed-caste rural, unsophisticated refugees. During successive armed assaults hundreds of women, men and children were killed, women and girls raped and hundreds more were starved to death. The entire island was quarantined for days, not allowing any food or help to reach them. No journalist or social worker were allowed to visit the dying. This is the only book of this kind which chronologically lists such a tragic event in the Indian, Bengali and of the Left history of India. Marichjhapi: Naishabder Antaraley’s strength is its treasure trove of letters, memos and documents ever published. Its appendix is another great asset. Mr. Mandal has also painstakingly collected names of 123 ‘missing’ individuals [Appendix 3-chhaw], those who were incarcerated at Alipur and Bashirhat jails - 52 [3-jaw], at other jails - 130 [3- jhaw] to the number of country boats destroyed - 163 [3- taw], to the names of girls and women raped - 23 [3 - ooa], to the number of men, women, children and babies were starved to death - 239 [3 - ghaw], and lot more. The author raises the question himself as to ‘Why it is being published 23 years after the mass murder?’ [ p chaw]. One may answer by asking another question: Did it take 23 years to intolerance of the Left to loosen? Possibly not. Incredibly many self-critical Left intellectuals in West Bengal call their situation as ‘fundamentalism and intolerance of the Left.’ When the book was first released in Calcutta during the annual Book Fair, the Publishers and Book Sellers’ Guild’s quarterly newsletter, Pushtakmela [book fair] published a review of the book by Ms. Jhinuk Chakrabarty, “Lajja and ghrinar kalo itihash” [Dark history of shame and hatred, Baisakh-Ashar 1409, April-June 2002; pp 16-18]. Only after distribution of a few copies of the journal, the entire stock was confiscated by the Party cadres and state Communist officials. A new version of the entire journal reappeared with Jhinuk Chakrabarty’s book review completely censored out, with another article appeared on pages 16 through 18, in the progressive-run Calcutta. In its historic importance this book parallels the Marginal Men of Prafulla Chakrabarti. I only wish the book was published in English for a wider readership. This book is not only a labor of love, but also a successful outcome of strong determination in the face of state sponsored terror.

"Recently went to Sundarbans for a visit. In the past I studied a lot about the settlement built by Bengali refugees and the unbelievable atrocities faced by them. At the direction of the Left Front Government they organized barbaric attack on them between September of 1978 and January of 1979 which is comparable to the Jalinwalabagh slaughter. That is why I wanted to see for myself that demonic island.

Our launch (boat) operator showed us from distance that desolate island, which is just opposite of  Kumarmari island, on the opposite side. But I was extremely surprised when I saw the absence of mention of that island in the map published by the Field Director of the Sundarbans Tiger Reserve. When I asked the government guide about the reason, he was very irritant and said, for political reasons (people) came here or were sent illegally to occupy an island then it is best that the state map does not include that. People should not be told of that island at all.

Because from people's mind that shameful event must be erased. We must distort the history. This is what the oppressive rulers have done for ages. "