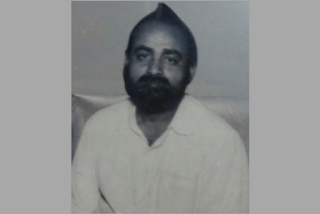 SNAPSHOT
During the massacre of Hindu men and women in Calcutta in 1946, one man mobilized the Hindu resistance and brought to a halt to the horrific proceedings.

If Bengali Hindus are living in Kolkata today, and if (West) Bengal exists today, they have Gopal Mukhopadhyay (and other stalwarts) to thank for.

Posted by Empire's Last Casualty at 9:16 AM No comments: