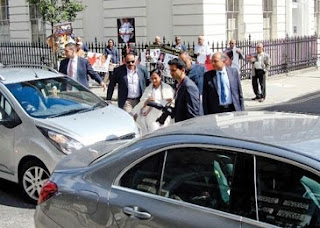 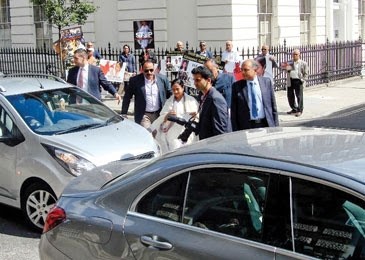 UK Hindus, Jains and Sikhs are ready to protest against Mamata Banerjee for her anti Hindu policies in WB.


HENB | London |  July 28, 2015:: More than 250 organisations in the UK are backing calls to meet with the visiting Indian Chief Minister of West Bengal, Ms. Mamata Banerjee, currently on an official state visit to UK, over the plight of Hindu girls and women in her state, the ongoing riots causing massive exodus of Hindus across many districts of West Bengal and terror activities targeted against the Hindu community. These organizations represent the ‘Dharmic ’communities comprising of Hindus, Jains and Sikhs in UK.


Read details with Venue and specific programmes and charter against Mamata Banerjee in this link: http://wp.me/pCXJT-4UI
Posted by Empire's Last Casualty at 8:17 AM