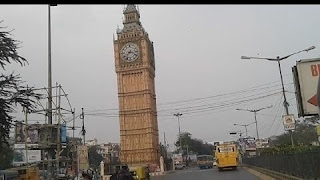 Dear Honorable Chief Minister:
We understand that Government of West Bengal has built a structure – London Tower – in Kolkata (Calcutta).
We are perplexed by this London symbol of that city which has oppressed India, and especially Kolkata, Bengalis and eastern Indians, for two centuries. From Vidyasagar to Vivekananda, from Bankim to Bipin, from Shyama Prasad to Subhas Bose, from Abul Kalam to Aruna Asaf Ali, and from Gandhi to GirindtaNath all resisted colonial oppression and their symbolism. London-created Hindu-Muslim partition of Bengal has cost millions of Bengali/Indian lives and displaced tens of millions from their homes. Hundreds of people were hanged by London rulers, hundreds of thousands imprisoned and millions more starved to death in the infamous Panchasher Mannantar – otherwise called manushya-krita durvikya or Man-created Bengal Famine of 1943-44 when Bengal had bumper crop yet London rulers starved millions of Bengalis to death for London’s revenge. (Recently after the release of Churchill-based films, maany critics pointed out the hypocrisy of London glorifying Churchill while he starved millions of Bengali-Indians to death.)
For two centuries Bengali/Indian nationalists fought against London’s tyranny for a united India, and we believe, West Bengalis still symbolize that spirit. Thus on behalf of my Indians including Bengali-Indians, Subcontinental and Bengali-American friends we would like to urge your West Bengal Government to rename that colonial symbol as KOLKATA MEMORIAL TOWER OF LONDON-CREATED BENGAL FAMINE OF 1943-44.
Thank you
Concerned Kolkata Lovers
c/o Indian Subcontinent Partition Documentation Project, New York, USA
http://www.ispad1947.org Email: ispad1947@gmail.com
(This request was sent to the Chief Minister in March 2019 by mail as well as on-line. During the 2019 Indian election Concerned Kolkata Lovers took a break .)
Please sign the petition:

https://www.change.org/p/honorable-srimati-mamata-banerjee-cm-west-bengal-india-e-mail-cm-wb-gov-in-rename-london-tower-in-kolkata-to-kolkata-memorial-tower-of-london-created-bengal-famine-5334d7b1-b43f-47c5-9b32-399c12b79784?recruiter=925522&utm_source=share_petition&utm_medium=copylink&utm_campaign=share_petition&utm_term=tap_basic_share
Hard copy to the Chief Minister included a few pictures of British oppression and atrocity. Here are a few of those pictures from Andaman Cellular Prison sent to the Chief Minister: 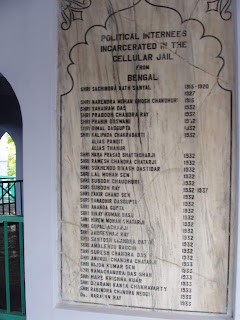 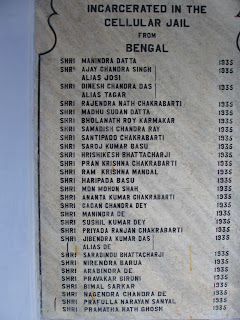 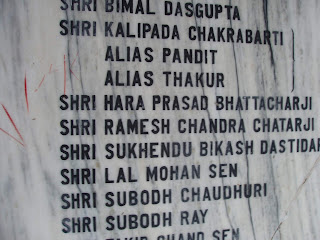 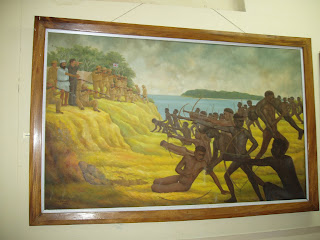 Posted by Empire's Last Casualty at 11:32 AM